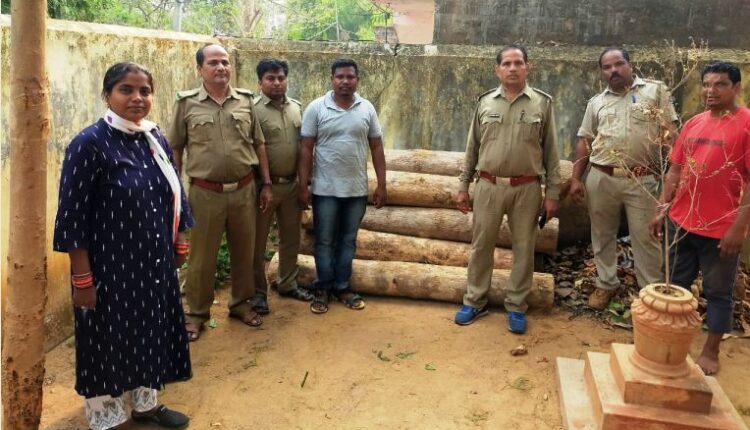 Rayagada: Padampur forest range personnel on Saturday seized teak wood logs worth around Rs 50,000 near a temple at Khamapadara in Rayagada district.

The estimated value of the seized timber is around Rs 50,000, officials informed.

Acting on a tip-off, a team led by Damodar Mishra, conducted a raid and seized 13 wood logs lying near a temple at Khamapadara. However, the owner of the timber is yet to be ascertained.

A case has been registered and further investigation is underway in this connection.

Notably, Rameshwari Sahu, Tripathi Rath, and Santoshi Bagh of the forest department were present during the seizure.