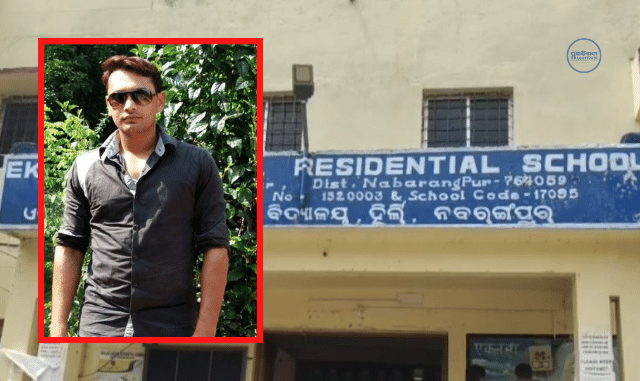 Nabarangpur: Making obscene gestures towards girl students proved costly to a teacher of a government residential school in Nabarangpur district as police on Friday took him into custody for allegedly harassing the girl students.

The accused teacher has been identified as Amar Kumar Nath, a teacher of Chemistry subject at Ekalavya Model Residential School (EMRS) in Hirli area of this district.

According to reports, on May 8, several girl students had lodged complaints with the school principal Rajendra Prasad Mahapatra alleging that Nath has been misbehaving and making obscene gestures toward them. Following an internal enquiry, Nath was asked to submit his resignation on May 11.

The District administration, on the other hand, also formed a task force to probe the matter. The task force members also discussed about the issue with the students and staff of the school and submitted the report to  District Collector.

DSP Dibya Kanti Lakra also received complaints from the girls. Based on it, a case against the teacher was registered at Nabarangpur Police Station and he was subsequently arrested.