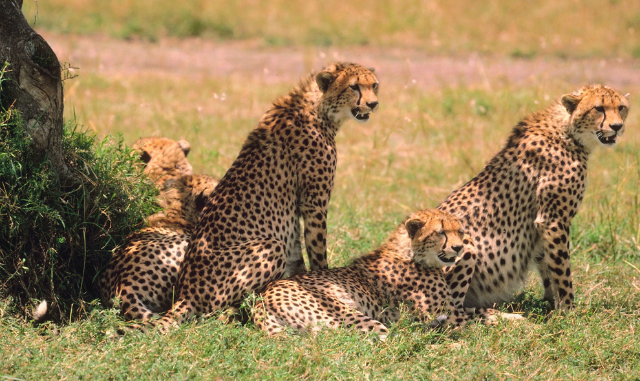 New Delhi: The Central government has constituted a Task Force for monitoring Cheetah introduction in Kuno National Park in Madhya Pradesh and other suitable designated areas.

The National Tiger Conservation Authority (NTCA) would facilitate the working of Cheetah Task Force and render all necessary help.

The Task Force shall be in-force for a period of two years.  This task force may appoint a subcommittee to regularly visit the Cheetah introduction area as and when decided by them, a release issued by the forest and environment department stated.

The Task Force has been constituted to:

Review, progress and monitor the health status of Cheetah, upkeep of the quarantine & soft release enclosures, protection status of entire area, adherence to the defined protocols by forest & veterinary officials and advice on Cheetah introduction in India to the Madhya Pradesh Forest Department and NTCA on status of Cheetah with respect to overall health, behavior and their upkeep.

Monitor hunting skills and adaptation of Cheetahs to the habitat of Kuno National Park.

Monitor release of Cheetah from Quarantine bomas to soft release enclosures and then to grass land and open forest areas.

Open Cheetah habitat for eco-tourism and suggest regulations in this regard.

Suggest and advice on development of tourism infrastructure in the fringe areas of Kuno National Park and other Protected Areas.

Regularly interact with Cheetah mitras and local communities for their awareness raising and also involvement in protection of Cheetahs in particular & area in general.

The members of the Task Force include: