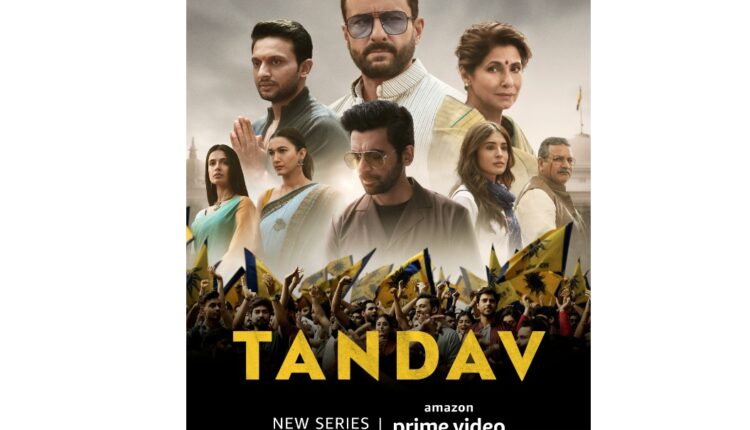 Tandav, created by Ali Abbas Zafar and headlined by Saif Ali Khan, is the latest noisemaker in the Hindi OTT space.

As the series includes an ensemble cast of some of the finest actors, many of their fans depicted their thrill of seeing their performances in the show.

Zafar (Gunday, Tiger Zinda Hai) also adds his touch to the production, and as a result, the twists-laden narrative keeps shifting goalposts.

The official synopsis of Tandav reads, “The charismatic leader of a premiere political party – Samar Pratap (Saif Ali Khan) feels he’s ready to inherit the chair of PM but Samar’s father, the party patriarch and the PM – Devki Nandan (Tigmanshu Dhulia) isn’t willing to retire yet. Anuradha, Devki’s close associate (Dimple Kapadia), party senior leader Gopal Das (Kumud Mishra) are few of many other leaders considering themselves fit to sit in this chair. But this chair never comes easily, they must constantly keep striving for it. A parallel story is that of the idealistic campus activist Shiva (Zeeshan Ayyub) who becomes an overnight icon as he shines at a political event. Shiva now wants to bring the change, sway the youth, overthrow the power pillars – he knows the sweet taste of power. And power corrupts. Shiva and Samar will meet as country politics will cross roads with youth politics. Tandav is the coming together of a series of manipulations that exposes layers of human greed, ambition, love, vulnerability, and violence.”