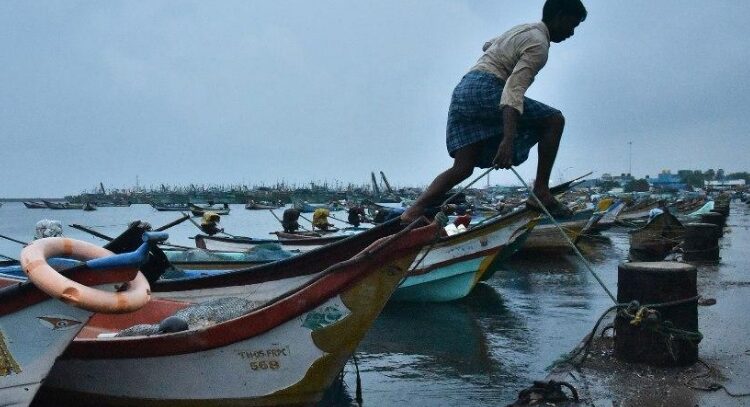 Chennai: Coastal Tamil Nadu, including Chennai, is expected to experience heavy rainfall as a depression in the Bay of Bengal is likely to intensify into a cyclonic storm, as per the India Meteorological Department (IMD). The cyclonic storm, which will be called Nivar, is likely to make landfall between Mahabalipuram and Karaikal on November 25.

The governments of Tamil Nadu, Andhra Pradesh and Puducherry are preparing to face the impact of the weather system, as rains were forecast in the respective states and Union Territory between November 24 and 26. The NDRF has formed 30 teams to launch rescue and relief operations in these states in view of the cyclone ‘Nivar.’

The Met forecasts extremely heavy rainfall in coastal Chennai, including Tamil Nadu and windspeed of 50 to 60 kilometre per hour is expected. Fishermen have been advised to stay away from the sea.

The depression will intensify into a cyclone sometime on Tuesday. At this stage, the wind speed will range between 70 to 80 km/ hr gusting to 90km/ hr.

The cyclone will further gain strength into a Severe Cyclone category (90 to 100 km/hr gusting to 110 km/hr) by Wednesday.

The maximum hazard due to this cyclone will be caused to Tamil Nadu. Extreme weather, here, would occur both on Tuesday and Wednesday. In association with development of the severe cyclonic storm, sea conditions in the west-southwest regions of the Bay of Bengal have turned rough to extremely rough and remain at its most unfavourable condition on Wednesday.

With extremely heavy rain — of the order of 20cm or more, forecast on Wednesday, the IMD has placed Tamil Nadu under ‘red’ (take action) alert. Northern districts, here, could experience rainfall more than 24 cm on the day.

Southern Chhattisgarh and Odisha, too, will come under the influence of the cyclone with some rainfall activity likely on November 26 and 27.