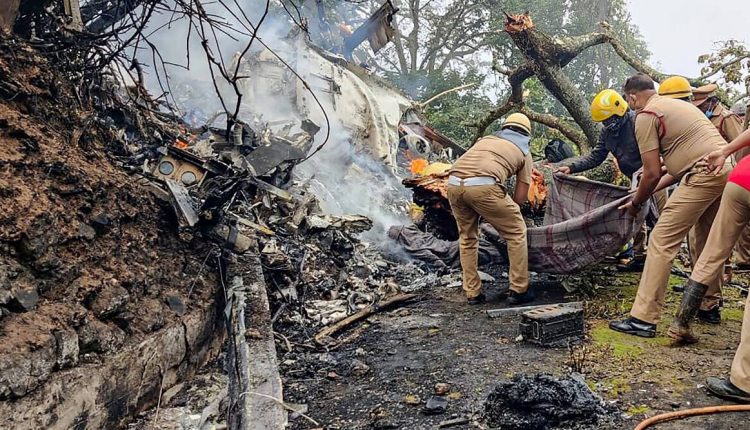 Coonoor: The mortal remains of four personnel of the Indian Air Force (IAF) and two soldiers of the Indian Army killed in the helicopter crash near Coonoor in Tamil Nadu earlier this week has been completed.

Out of the total 14 officers and personnel on board the helicopter, 13 were killed in the horrific Mi-17V5 helicopter crash near Coonoor town on Wednesday. India’s first chief of defence staff (CDS) General Bipin Rawat, his wife Madhulika Raje Singh Rawat, and the CDS’ defence assistant Brigadier LS Lidder were among the dead.

Gen Bipin Rawat, his wife Madhulika Rawat and his Brigadier Lidder were cremated with full military honours at Delhi’s Brar Square Crematorium as their bodies were positively identified.