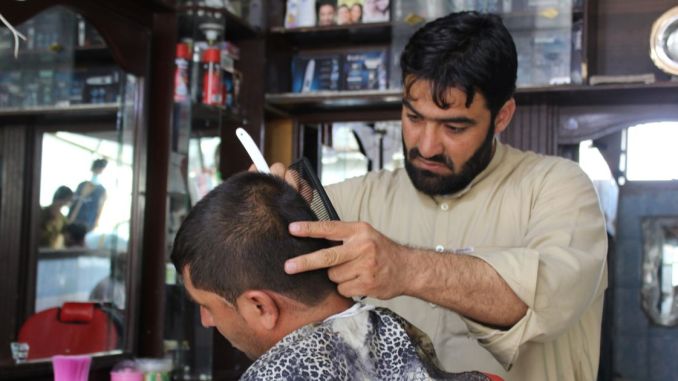 Kabul: The Taliban have banned hairdressers in Afghanistan’s Helmand province from shaving or trimming beards.

Citing the Taliban’s letter, The Frontier Post reported, “The Taliban have banned stylish hairstyles and shaving beards in Helmand province in southern Afghanistan.”

“Officials from the Ministry of Islamic Orientation, at a meeting with representatives of men’s hairdressing salons in the provincial capital, Lashkar Gah, advised against styling hair and shaving beards,” the publication said.

The order, distributed on social networks, also contains a request not to play music or hymns on the premises of hairdressing salons, The Frontier Post reported.

Meanwhile, the Taliban is re-imposing repressive laws and retrograde policies. They are imposing laws that defined its 1996-2001 rule when they enforced their version of Islamic Sharia law.