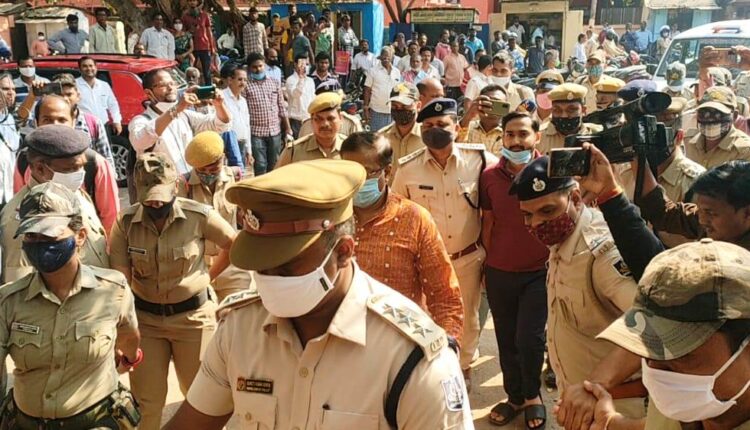 Berhampur: Tainted IFS officer Abhay Kant Pathak and his son Akash have been sent to Berhampur jail on Thursday after three cases of fraud were registered against them.

While Abhay was involved in one case, two cases are against his son Akash. The police had requested the court for a three-day remand.

Police have registered three cases relating to the fraud against MLA Pradeep Panigrahy. Sources said Panigrahy will be questioned on his relationship with the tainted IFS officer and his son.

Sources further said police will probe the Tata fraud case and Panigrahy’s role on the matter. The police have recorded 164 statement which is sealed in an envelope. This will come to the fore when the charge sheet will be submitted, the sources added.

Panigrahy’s counsel Dipak Patnaik said he will move Supreme Court in connection with the three-day remand case and added that it is unfortunate that the copy of seizure list is not given to them. Panigrahy is shifted to Jharpara jail from Berhampur after his counsel moves court to get the order.