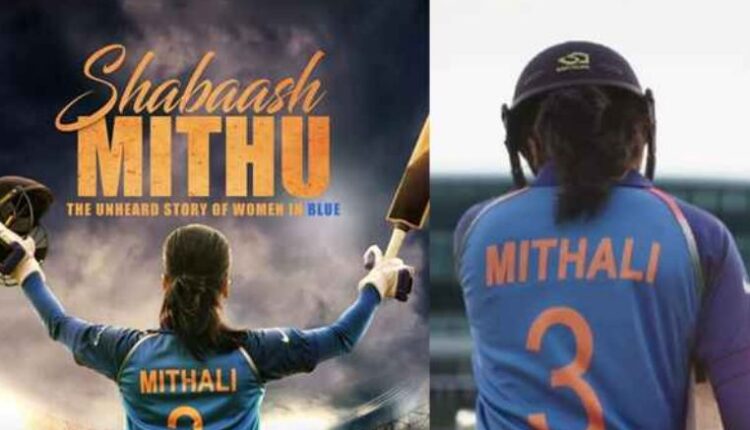 New Delhi: The makers of the most anticipated film ‘Shabaash Mithu’ has released the teaser from the film. The movie narrates the life of Mithali Raj, the Indian Captain who continues to shatter numerous world records while successfully leading the women in Blue at the ongoing ICC Women’s World Cup 2022.

Sharing the teaser of Shabaash Mithu on social media, Taapsee Pannu wrote, “In this Gentlemen’s sport, she did not bother to rewrite history ….. instead she created HER STORY! #AbKhelBadlega #ShabaashMithu Coming soon! #BreakTheBias #ShabaashMithu #ShabaashWomen #ShabaashYou.”

Check out the teaser here:

Talking about the film, it is based on the life and career of Mithali Raj, who has the highest runs in women’s international cricket. The story will follow Mithali’s life including the highs and lows and setbacks that she faced along the way. The film also stars Vijay Raaz.

The movie is helmed by Srijit Mukherji and written by Priya Aven. Shabaash Mithu is produced by Viacom Studios.

One Cub Of Tigress ‘Rupa’ Dies At Nandankanan Zoo