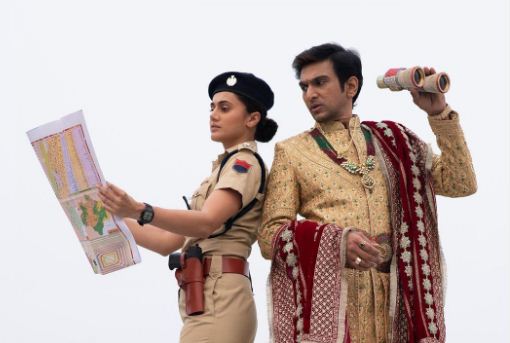 Mumbai: The first poster of the film Woh Ladki Hai Kahaan? Starring Taapsee Pannu and Pratik Gandhi has been released on Monday. The film is written and directed by Arshad Syed.

The actor took to her social media handle to share the first look and wrote: Pratik Gandhi and I are all set to find his missing bride in Junglee Pictures & Roy Kapur Films’ next comedy-drama #WohLadkiHaiKahaan? Here’s the #FirstLook!!

In the poster, Taapsee can be seen in policewoman attire clutching what looks like a map, and Pratik Gandhi is in the groom’s outfit and holding a pair of binoculars.

On the work front, Gandhi got fame for playing the lead role of Harshad Mehta in the acclaimed web series Scam 1992.

Best Substitutes That You Must Try Over Sugar