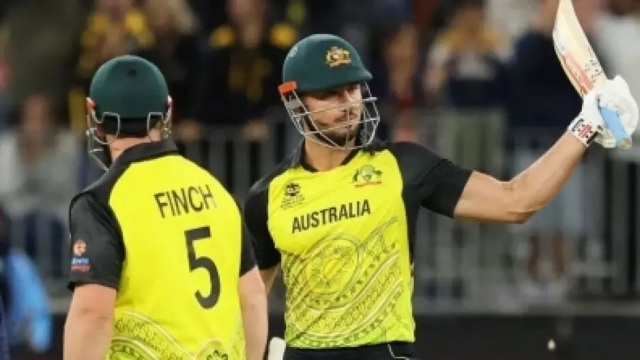 Perth: Australia produced a clinical performance to thrash Sri Lanka by seven wickets in a Super 12 match of the ICC Men’s T20 World Cup 2022 at Perth Stadium, here on Tuesday.

After losing their opening match to neighbours New Zealand by a big margin, Australia had to win against Sri Lanka to keep alive their hopes of making it to the knockout rounds. The hosts did just that on Tuesday with a comprehensive win.

Disciplined bowling by the Aussies kept Sri Lanka quiet for the major part of their innings but Charith Asalanka and Chamika Karunaratne, with their late cameos, added 37 runs from the last 15 deliveries to help Sri Lanka to a respectable total of 157/6 in 20 overs after being invited to bat first.

Asalanka remained unbeaten on 38 from 25 deliveries while Karunaratne scored a useful 14 from seven deliveries after walking in to bat at number eight. Pathum Nissanka (40) and Dhananjaya de Silva (26) also got off to good starts but they couldn’t accelerate, ending their innings at underwhelming strike rates of 88.89 and 113.04 respectively.

In reply, Marcus Stoinis hit a quickfire half-century (59 not out off 18) to power Australia to a comfortable victory. Apart from Stoinis, skipper Aaron Finch (31 not out), and Glenn Maxwell (23) were the other main contributors for the defending champions, who chased down the target in 16.3 overs.