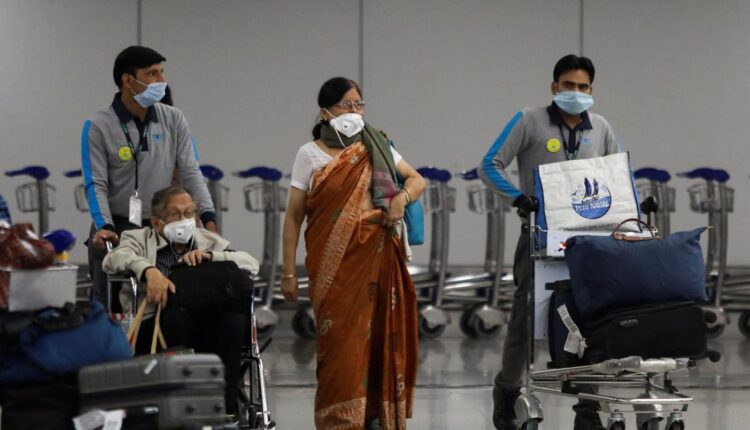 New Delhi: All the international passengers who have arrived in India during last 14 days (from 9th December to 22nd December 2020), if symptomatic and tested positive will be subjected to genome sequencing, the Union Health Ministry said.

“Others will be followed up by the state and district surveillance officers, and will be tested as per ICMR guidelines, even if asymptomatic, between fifth and 10th day of arrival, according to the Union Health Ministry’s guidance document on genomic sequencing,” it added.

The government has issued a document titled ” India SARS-CoV-2 Genomics Consortium” to monitor the genomic variations in the SARS-CoV-2 on a regular basis through a multi-laboratory network.

Union Health Secretary Rajesh Bhushan informed that about 5,000 genome sequences had been done across labs prior to the news of the UK variant.

Six people who returned to India from the United Kingdom have tested positive for the new mutated strain of coronavirus, the Union Health Ministry said on Tuesday.

All these people have been kept in single room isolation at designated health care facilities by respective state governments and their close contacts have also been put under quarantine, the ministry said.

Meanwhile, Union Civil Aviation Minister Hardeep Singh Puri has hinted at an extension of the temporary suspension of flights between India and the UK beyond December 31.

India has put in place a pro-active and preventive strategy to detect and contain the mutant variant of the virus. It includes temporary suspension of all flights coming from the UK with effect from the midnight of December 23 till December 31 and mandatory testing of all UK returnee air passengers through RT-PCR test.

Ten regional laboratories have been identified by the Centre where states will send five per cent of their COVID-19 positive samples for genome sequencing to detect the new coronavirus variant.

Standard Operating Procedure (SOP) for Epidemiological Surveillance and Response in the context of new variant of SARS-CoV-2 has already been issued by the Health Ministry.

One Killed In Head-On Collision Between Two Bikes In Ganjam