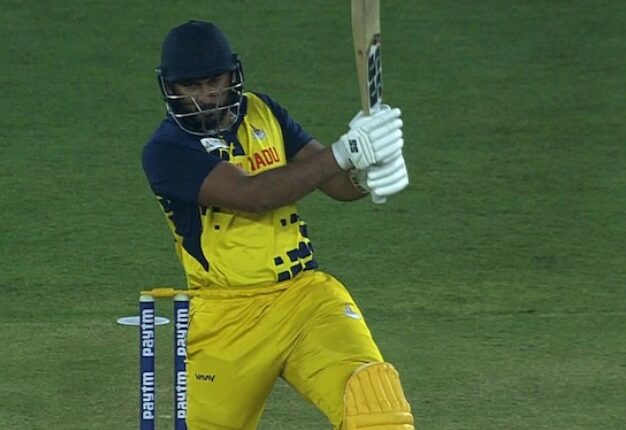 Ahmedabad: Tamil Nadu cricket team booked the semi-final berth at the ongoing Syed Mushtaq Ali Trophy as they defeated Himachal Pradesh by five wickets in the second quarterfinal at the Motera Stadium on Tuesday.

Sonu Yadav and Aparajith then got together at the crease and the duo retrieved the innings for Tamil Nadu as they put on a stand of 35 runs, but as soon as the innings started to gain some stability, Himachal Pradesh got the breakthrough of Yadav (16), with Tamil Nadu still 76 runs away from the target.

Aparajith then found support in Shahrukh Khan and both batters took Tamil Nadu over the line by five wickets with 13 balls to spare.

The duo formed an unbeaten stand of 75 runs off just 32 balls to Tamil Nadu over the finishing line.

While Himachal Pradesh has been knocked out, Tamil Nadu progressed to the semi-finals. Tamil Nadu will now face the winner of the Bihar-Rajasthan match in the first semi-final of the Syed Mushtaq Ali Trophy on Friday.