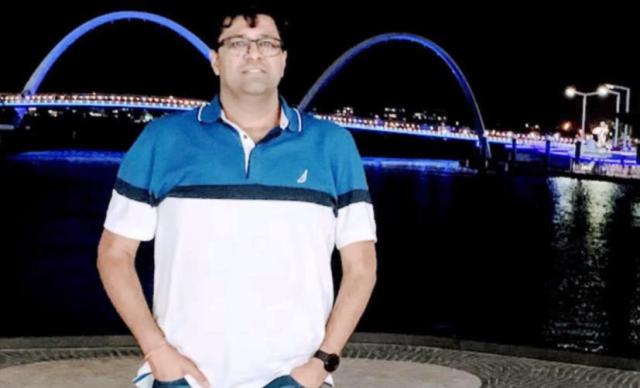 Sydney-based businessman Govind Kant, who has been described as a “stalwart” of Australia’s solar industry, reportedly died in a Delhi hospital on Sunday, after contracting Covid-19 at the end of April.

47-year-old Kant passed away at a hospital in Delhi. He had arrived in the country following his mother’s death but got stuck because of a temporary travel ban imposed by the Australian government on people traveling from India in the wake of the second wave of COVID-19.

Australia had suspended direct flights from India and announced that anyone arriving through a third country could be jailed for up to five years and fined up to $66,600

Govind, who was based in Sydney for Trina Solar, had returned to India for personal reasons. Unfortunately, Govind contracted the virus in India and has passed away,” the company’s statement posted on LinkedIn said.

“Words may not suffice to express the heartfelt sorrow that the team at Trina Solar feels for the passing of our exceptional colleague and friend.” Kant was reportedly visiting India following the death of his mother, Rekha Gupta.

Kant’s death appears to be the second instance of an Australian dying of Covid in India since the government tightened travel restrictions for those wanting to leave the country.

Earlier this month, the daughter of an Australian permanent resident who died while stranded in India said the government had “disowned” her 59-year-old father, after the family requested assistance during his sickness.

Public health experts have said Australian citizens who test positive to Covid-19 in India should be considered medical evacuations and allowed to return home, following Qantas investigating suggestions that rapid testing conducted at the departure gate for the first repatriation flight that left Delhi on Friday could have resulted in some false positives which barred people who did not have the virus from returning home.

STF Seizes 22 Tons Of Stolen Coal, Nabs One In Cuttack