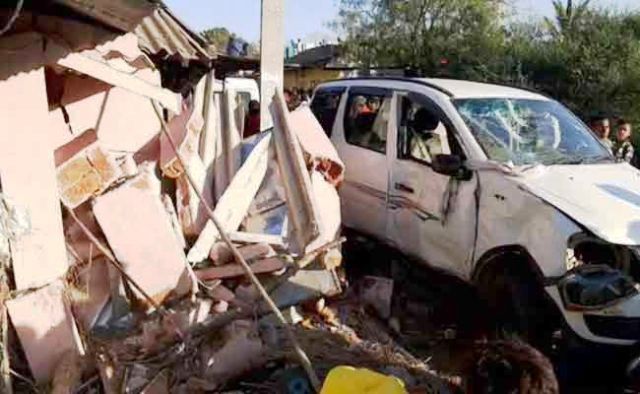 Nuapada: A woman was killed while her husband and son were critically injured a speeding SUV dashed into a house at Gadaramunda village under Khadial police limits in Nuapada district today.

The deceased has been identified as Namita Hansa. Her husband Naresh and their eight-year-old son have been admitted to the nearby hospital for treatment.

As per sources, an SUV en route to Boden from Khadial this afternoon rammed into the roadside house killing the woman on the spot and injuring the two other family members critically.

Following the mishap, tension flared in the village after some locals thrashed the driver and ransacked the mangled vehicle. The locals also blocked the Khadial-Boden road demanding compensation for the ill-fated family.

Reportedly, Khadial police have reached the spot to control the situation.

Every drop of Bindusagar is sacred: Odisha CM