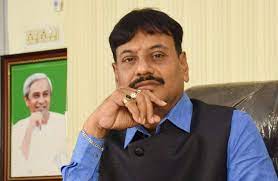 Bhubaneswar: Chilika MLA Prasanta Kumar Jagadev was released from jail on interim bail on health grounds on Wednesday. The MLA, however, has been asked to surrender after seven days.

The Orissa High Court had earlier granted interim bail to Jagadev in the case of ramming an SUV car into a crowd near the Banpur block office in Khordha district on March 12.

The court had granted seven days of interim bail to the legislature for medical treatment.

It is pertinent to mention that Jagadev was arrested on March 22 for running his car into a group of people who had come to attend the Banpur block chairperson election near the block office in Khordha in which at least 12 persons including women and 10 police personnel sustained critical injuries.

Another 7 COVID-19 patients recover in Odisha