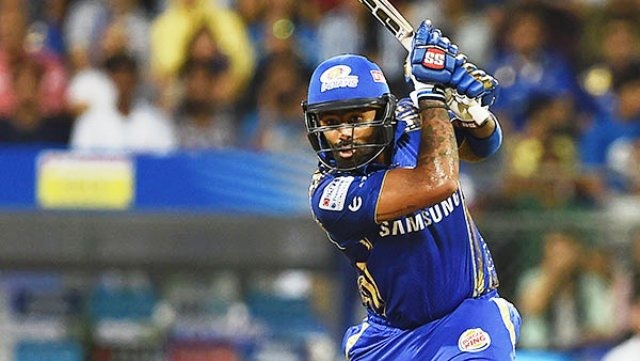 Batsman Suryakumar Yadav has expressed pride and excitement after being named in India’s squad for March 2021’s T20I series against England.

Kumar is among four uncapped players named in the 19-man squad for the five matches. The others are Varun Chakravarthy, Ishan Kishan and Rahul Tewatia.

The 30-year-old Kumar enjoyed some solid form for the Mumbai Indians during the 2020 IPL. He was the franchise’s third-highest run-scorer, behind first-placed Ishan and second-placed Quinton de Kock.

The right-handed Kumar struck 480 runs in 15 innings. The tally included four half-centuries. Mumbai won a record fifth title after beating the Delhi Capitals in the final.

He fell for a mere 19 in that finale, but epitomised selfishness by effectively sacrificing his wicket amid a run-out. This allowed captain Rohit Sharma to remain at the crease and all but carry Mumbai to a five-wicket win.

“The feeling is surreal,” Yadav said on social media recently, shortly after the Board of Control for Cricket in India announced the squad for the series against England.

He has been retained by Mumbai for the IPL 2021. The franchise will be pursuing a sixth title and, looking at the best betting sites in India such as bet365, are early favourites at 4.33 to do so. Other contenders include Delhi at 6.5, the Kolkata Knight Riders at 7.0 and Chennai Super Kings at 8.0.

Mumbai have also added New Zealand fast bowler Adam Milne, South African seamer Marco Jansen and Indian leg-spinner Piyush Chawla to their stocks. Chawla is among the top wicket-takers in the history of the IPL. He is the tournament’s second-most prolific wrist-spinner, after the veteran Amit Mishra.

“Chawla is a good cricketer, a World Cup winner who brings a lot of experience. Spinners have a lot of pressure in this format,” said Mumbai director of cricket operations Zaheer Khan.

“He can bowl with the new ball. We thought if we brought in someone with that skill set, we can add a new dimension to our bowling.”

Yadav was an intriguing omission for India’s squad for the T20I series against Australia late last year. He had a terrific, albeit belated, IPL campaign – and was backed by several pundits and critics to travel to Sydney and its surrounds.

“I actually went alone to the beach for the walk. I told my wife I would be back in an hour. I wanted to think, actually plan out how I would go about it in the next few matches because we had some important matches coming up in the IPL. It was important for me to turn up and win games for our team,” he told Sports Today, as per the Hindustan Times, at the time.

“I just said ‘give me some time, I will just go for a walk alone and come back, you will see a wide smile on my face. And when I came back to the Mumbai Indians team room, there were a lot of players sitting there and they actually came up to me and asked me to keep working hard and asked me to wait for the right time and opportunity. They told me it would come my way.”

Four months later, Yadav will be privy to the opportunity that evaded him in late 2020. Fittingly, he’ll be in a T20I squad lined with Mumbai Indian team-mates, including Ishan, Rohit and all-rounder Hardik Pandya.

“I have already started thinking about how I am going to spend time with all the greats over there,” he added.

“I will get to learn so much from our captain Virat Kohli and then there is Rohit, everyone, A to Z all the players. I am really looking forward to spending quality time, grasp as much as I can.”