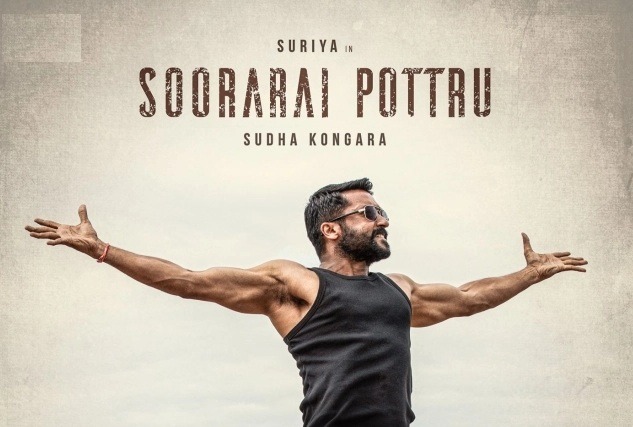 Chennai: Tamil film Soorarai Pottru, starring Suriya and directed by Sudha Kongara, has joined the Oscar race for this year in the Best Actor, Best Actress, Best Director and many other categories.

Fans, as well as the critics, were mighty impressed with the screenplay and the performances by Suriya, Paresh Rawal, Mohan Babu and Aparna Balamurli.

Last year, after the nationwide lockdown was imposed in India due to the coronavirus pandemic, Suriya’s Soorarai Pottru became the first Tamil film to release on an OTT platform.

Soorarai Pottru chronicles the life of Air Deccan founder GR Gopinath and how he stormed into the aviation industry with his one-of-a-kind idea. The film showcased Nedumaran Rajangam (Suriya) wanting to make aeroplanes accessible to people of various economic backgrounds.

The rise of Nedumaran Rajangam from literally the bottom of the food chain to executing his idea is itself a story that is larger than life. And that Suriya essays the lead role makes Soorarai Pottru that much more enjoyable on screen.