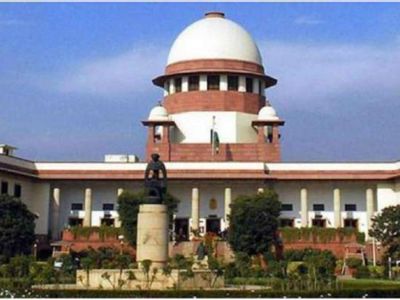 New Delhi: The Supreme Court of India that has been hit by the coronavirus pandemic will begin hearings via video from home, reports suggested.

The decision was reportedly adopted after nearly 50 per cent of its staff testing positive for the disease.

The entire court premise, including courtrooms, is now being sanitised, they said. The various benches will now sit an hour later than their scheduled time.

Prior to this, many benches led by CJI S A Bobde and Justices N V Ramana, R F Nariman, U U Lalit, A M Khanwilkar, Ashok Bhushan, L N Rao, S A Nazir, Navin Sinha were assembling on a bench in the courtrooms.

With the Covid positive cases among staff and their family members suddenly surging to an alarming level, the CJI and Judges decided that utmost precaution was required to be taken to prevent a situation last year when as many as six SC judges had got infected with Coronavirus.