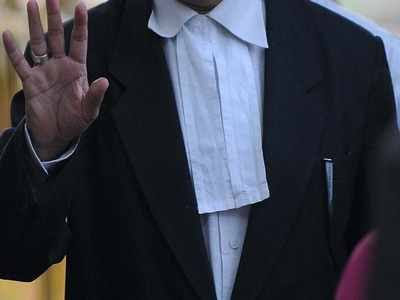 Cuttack: The Supreme Court had earlier asked the Odisha lawyers on strike demanding, among other things, setting up of a permanent bench of the high court in the western part of the state, to resume work or face consequences.

The top court has again directed suspension of licenses of lawyers agitating in western Odisha along with Action against Bar association and the bench, headed by Justice Sanjay Kishan Kaul, also directed for arrangements by police to prevent lawyers from obstructing the working of court.

The court had earlier noted that members of bar association not only of western Odisha but also of the bar associations of other districts have on different occasions not participated in court proceedings.

The top court was hearing an application filed by the Registrar General of the Orissa High Court saying the bar associations’ strike in several districts has seriously hampered the judicial work in all the subordinate courts.

“The Supreme Court today ordered for suspension of licenses of the lawyers striking in Odisha till resumption of work. The suspension can be revoked after they join the work. The Supreme Court also directed the district administrations to ensure smooth functioning of courts by providing protection to judicial officers and litigants, so that they can reach courts conveniently. The local administrations have been asked to impose prohibitory orders and make preventive detentions, if necessary,” said Niranjan Sahu, Supreme Court lawyer.

Earlier, the Sambalpur District Bar Association had said that around 1600 lawyers will surrender their licence if one of them is suspended. The agitators have resorted to cease-work demanding establishment of a permanent bench of the Orissa High Court in Sambalpur.