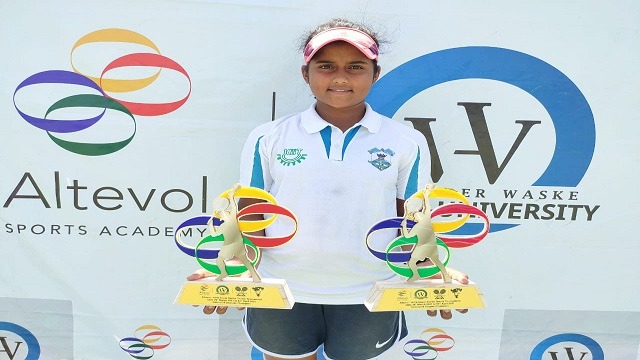 The Odisha CM took to Twitter to extend his best wishes.

Sohini Mohanty, a student of KIIT International school won both the singles and doubles crown at the Super Series U-14 event at the Alexander Waske Tennis Academy in Ahmedabad on Friday.

Sohini paired with Avani Sujit Chitale for the doubles final and the duo beat Prarthana Solanki and Priyanka Sanjay Rana 6-1, 6-4.

Notably, Sohini scripted history by becoming the first tennis player from Odisha to reach the finals of the Nationals.

Chhattisgarh in the grip of coronavirus spike