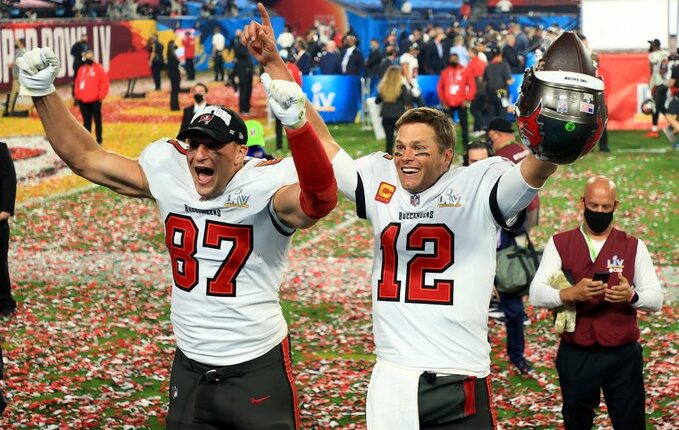 Brady snagged his seventh Super Bowl ring — his first with Tampa Bay — and at age 43, became the oldest quarterback to win a Super Bowl.

The Tampa Bay Buccaneers are NFL Champions for the second time in franchise history after defeating the Kansas City Chiefs, 31-9 in Super Bowl LV.

The Buccaneers became the first team to win – or even play in – a Super Bowl in its home stadium, accepting the Lombardi Trophy on the field at Raymond James Stadium. It is the first NFL title for the franchise since 2002, when the Buccaneers defeated the Oakland Raiders, 48-21, in Super Bowl XXXVII. Tampa Bay is the NFL’s 14th franchise to win multiple Super Bowls and the Buccaneers join the Baltimore Ravens (also 2-0) as the only team with multiple victories and no losses in the big game.

The Buccaneers qualified for Super Bowl LV and an historic “home game” by winning three straight playoff games on the road. The fifth seed in the NFC to begin the postseason, the Buccaneers beat three division winners away from home – Washington, New Orleans and Green Bay – and then took down another division winner in the Super Bowl. The Buccaneers were the fifth team in league history to win three postseason road games on their way to the Super Bowl, and now they are the fourth to do so and complete the championship run, joining the 2005 Pittsburgh Steelers, the 2007 New York Giants and the 2010 Green Bay Packers.