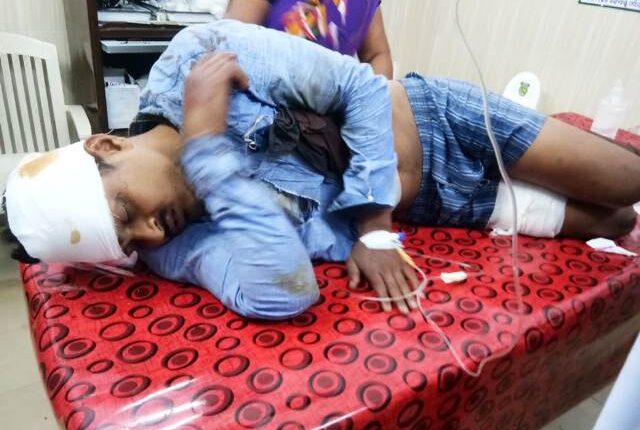 Khallikote: Supari killers attacked a youth of Khojapalli village under Khallikote police station area with machettes and swords. The victim was identified as Balram Dakua (27).

. He was returning from Banpur to his village on a bike when he was waylaid halfway. The attackers injured him grievously with sword and other lethal weapons.

Later, Dakua was rescued and shifted to Khallikote CHC in a critical condition. Dakua has informed Khallikote IIC Satyaranjan Pradhan and additional Tehsildar Jyotirmayee Das that he was attacked by Jitu Biswal, Balia Parida and two others from Berhampur.

Police sources said this incident might be a sequel to past rivalry. An investigation is on, the police added.

The crime rate has gone up under Khallikote police station area. This murderous attack on the youth has again raised finger on the law and order situation in the region.