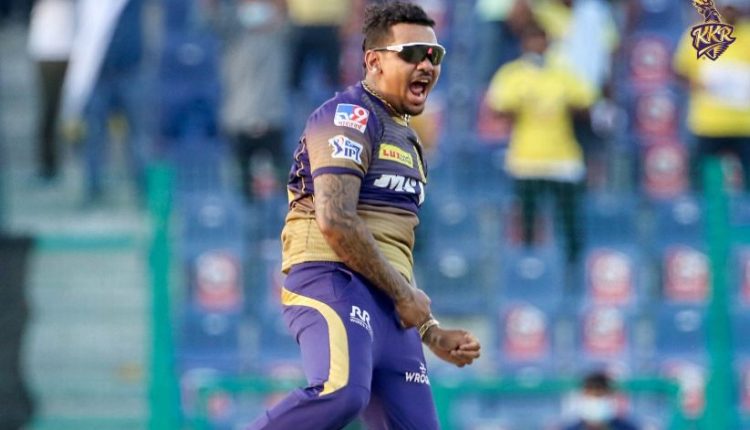 In a low-scoring tie during their Indian Premier League (IPL) match at the Sharjah Cricket Stadium, Kolkata Knight Riders bowlers restricted Delhi Capitals to 127 for 9.

Chasing 128 for the win, KKR were on the spot of bother with 98 for 5 at one stage. Then walked in Sunil Narine, a former opener for the KKR, smashed Kagiso Rabada for two sixes and one four to turn the table for his team.

Narine’s 10-ball 21 proved to be enough as KKR romped home in 18.2 overs with three wickets in hand.

For Delhi Capitals, only Steve Smith (39 off 34b; 4×4) and skipper Rishabh Pant (39 off 36b; 3×4) could cross the 30-run mark as run-scoring looked a difficult task. Not a single six was hit during the entire innings.

Delhi Capitals opener Shikhar Dhawan (24 off 20b; 4×5) started on a positive note and took over the Orange Cap from Sanju Samson.

After struggling to score runs for a couple of overs, Steve Smith was clean bowled by Lockie Ferguson in the 13th over of the innings. Steve Smith walked back after scoring 39 off 34 balls. Shimron Hetmyer (4 off 5) soon followed the DC opener as Venkatesh Iyer got his first in the next over.

DC soon found themselves in more trouble after Sunil Narine sent back Lalit Yadav for a three-ball duck in the 15th over of the innings.

Axar Patel followed Yadav after a five-ball duck in the next over, as Venkatesh Iyer got his second wicket of the match. DC crossed the 100-run mark after 17 overs as their score read 102/6.

Capitals finished with 127/9 after twenty overs as R Ashwin, Rishabh Pant, and Kagiso Rabada lost their wickets in the last over of the innings.