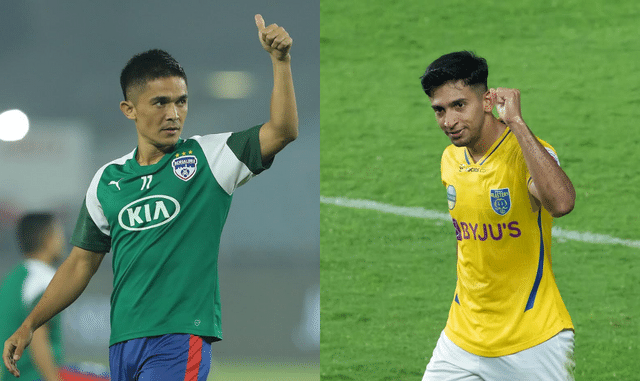 The inspirational Sunil Chhetri shared a special video message wishing the coach, Naushad Moosa and his wards all the best, advising the players to enjoy the experience.

“Moosa (bhai), lads, all the very best. I think it is a great opportunity for all of you. I am pretty sure you guys are going to do well. I know you are going to face some of the best youth teams in England. You have all our support. Just go out there and enjoy. All the best,” said Chhetri, the third-highest active international goalscorer in the world.

The Next Generation Cup is part of Football Sports Development (FSDL) and Premier League’s long-term partnership. Both the English and Indian leagues have been working together to holistically develop football in India.

Kerala Blasters FC’s midfielder Sahal Abdul Samad also shared a message for the young yellow brigade. “Wishing all the very best to the Kerala Blasters youth team for the Premier League Next Gen Cup. Do well and enjoy your time in the UK. Come on boys,” Sahal expressed.

“Wishing the Under 23s all the best in the Premier League Next Generation Cup with the game they are involved in. I know you are playing Leicester City, one of my former clubs, which will be a fantastic experience for you. Make sure you go and enjoy yourself, and work hard representing the (Bengaluru FC) badge. Good luck to all of you,” the Englishman.

Both Bengaluru FC and Kerala Blasters qualified for the international tournament by virtue of finishing top two in the inaugural Reliance Foundation Development League.

Kerala Blasters FC’s match against Tottenham Hotspur kicks off at 3:30 PM IST while Bengaluru FC against Leicester City FC will kick off at 9:30 PM IST.