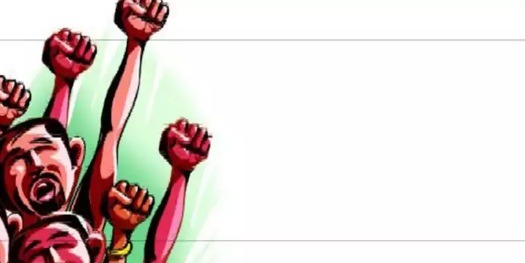 Sundargarh: Tension erupted at Tangara village in Talsara of Sundargarh district after locals refused to perform last rites of two persons, killed in a road mishap, over the demand for compensation.

According to available information, the motorists were killed on the spot after sustaining injuries in an accident when a speeding vehicle ran over them.

However, locals refused to release the bodies following which the mortal remains were spotted lying on the road for over 12 hours.

The agitators have demanded Rs 10 lakh compensation to the next of kin of the deceased to release the bodies. Besides, they also demanded a complete ban on cattle transportation (smuggling) and the arrest of the accused driver.

Reportedly, the mishap occurred at around 4 pm on Wednesday when a pick-up van hit the two motorists killing them on the spot.

While the driver fled the spot, locals have detained the vehicle that had dropped off cattle from a cattle market in Sikajora area at Jharkhand border.

On being informed, the Tehsildar and BDO reached the spot to pacify the irate locals. However, talks have failed, as per the latest reports.