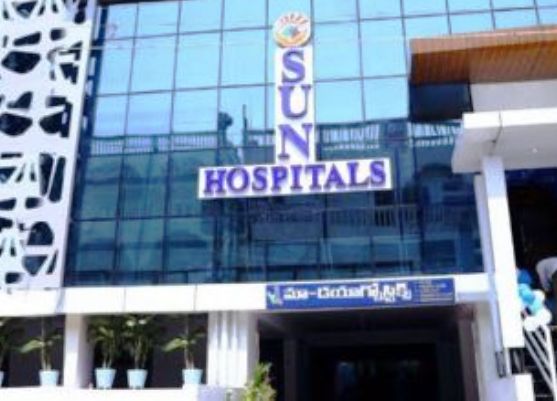 Cuttack: Sun Hospital, Cuttack is one of the oldest multispecialty private sector hospitals of Odisha. It was commissioned in 1980 as an Obstetrics and Gynaecology single specialty hospital by late Dr. Sukumar Mitra and Suryamani Devi and later incorporated in 1996 with Dr. Dipak Mitra as its Managing Director. It is currently a multispecialty hospital, employing more than 300 semiskilled and skilled personnel, including nurses and doctors.

Sun Hospital has served the people of Odisha and neighbouring states for the last four decades, saving thousands of lives during this time.

Sun Hospital suffered a fire incident, started by an electrical short circuit, on 1st February 2021, wherein it sustained extensive damage to the administrative floor. A significant financial loss was also incurred. However, due to timely evacuation procedure by the staff of the hospital, there was not a single loss of life or any form of physical injury to both patients and personnel. Surprisingly, the local government authorities, through the office of the CDMO, Cuttack, rejected the detailed reply to a show-cause notice served to the hospital and issued closure orders effective 8th February 2021, citing non-compliance of statutory fire safety norms.

Notably, the said hospital had, in fact, applied for Fire Safety Certificate much earlier and was in the process of implementing fire safety requirements.

The management of Sun Hospital complied with the order, completed complete overhaul of electrical and fire abatement systems in record time, obtained Electrical Safety Report and Fire Safety Certificate from concerned government departments and has reopened its doors for the general public on (Monday) 19th April 2021, after due intimation to the local authorities.