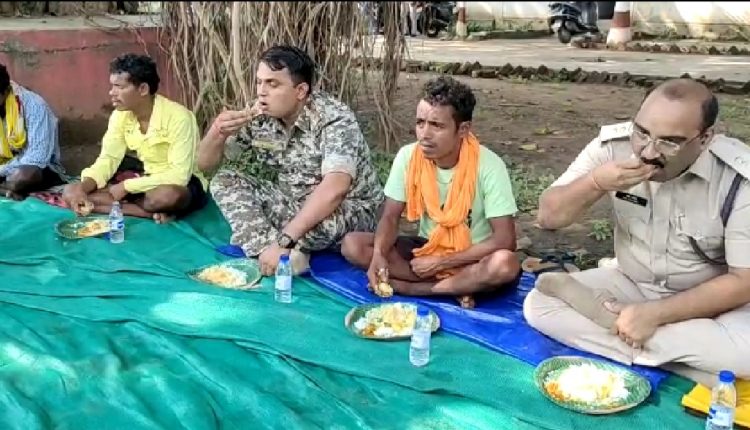 Malkangiri: After 43 Maoists near the Malkangiri-Sukma border surrendered before Chhatisgarh police on Wednesday, a rare picture came to the fore.

Sukma SP Sunil Sharma along with other police officials was seen having lunch with the surrendered Maoists.

According to reports, as many as 43 Maoists, who were active in insurgency hotspots of Malkangiri-Sukma surrendered before police on Wednesday. Nine of them are women.

They were all members of the Maoist militia or its frontal organisations. One of them carried a reward of Rs 1 lakh for his arrest.

According to the police, they wanted to return to the mainstream because they were disillusioned by the violent ideology of Maoists. They surrendered before Sukma SP Sunil Sharma.