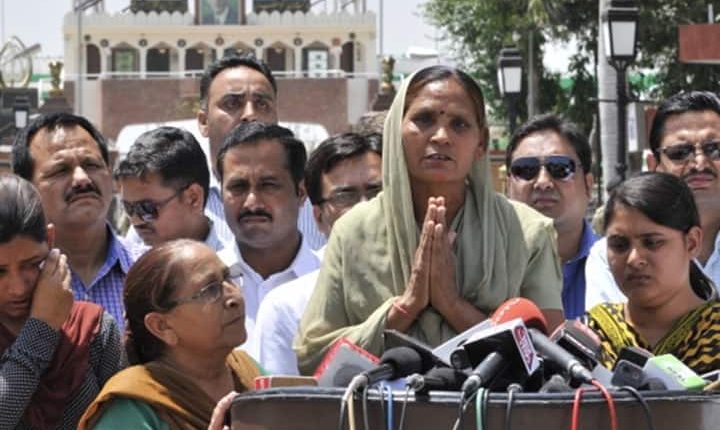 Sukhpreet Kaur, Wife Of Sarabjit Singh Who Died In Pak Jail In 2013, Dies In Road Accident

New Delhi: Sukhpreet Kaur, wife of Sarabjit Singh-an Indian national who died in a Pakistan jail in 2013, died in a road accident late on Monday night in Amritsar, Punjab.

According to reports, Sukhpreet accidentally fell from the motorcycle near Fatehpur in Punjab. She was taken to a hospital where she breathed her last.

Her cremation will take place at her native place Bhikhiwind in Tarn Taran on Tuesday. She is survived by two daughters Poonam and Swapandeep Kaur.

Sukhpreet had been the one to raise her voice against the imprisonment of Sarabjit Singh in Pakistan, where he eventually died.

Sarabjit Singh died at the age of 49 following an attack on him by the inmates of a Lahore prison in April 2013. He was convicted of alleged terrorism and spying by a Pakistani court and sentenced to death in 1991. However, the government stayed in his execution for an indefinite period in 2008.

After his death, Sarabjit’s body was brought from Lahore to Amritsar where his last rites were held.

Though Singh was convicted for orchestrating a series of bomb attacks in Pakistan, the Indian authorities maintained that he was just a farmer who had accidentally strayed from his land in Punjab to Pakistan since it was on the border, three months after the bombings.

8 Killed As Fire Breaks Out In Electric Scooter Showroom