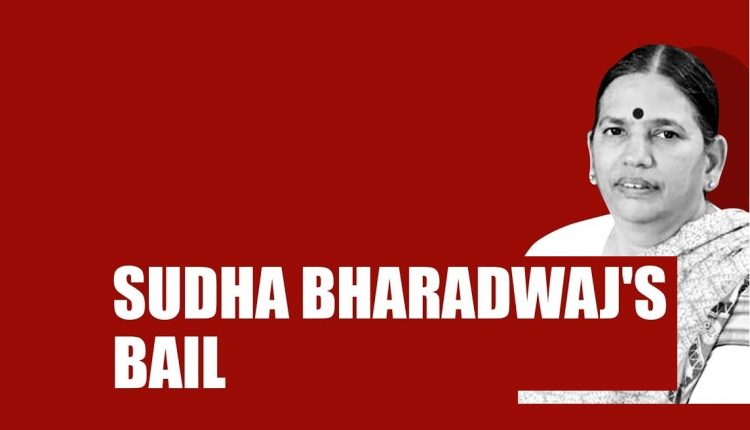 The Bombay High Court had on December 1 granted default bail to Bharadwaj on the ground that the extension of time for investigation and detention under provisions of Section 43D(2) of the Unlawful Activities Prevention Act (UAPA) and Section 167(2) of the Code of Criminal Procedure had not been done by a court of competent jurisdiction.

The High Court had held that given the existence of a Special Court at Pune, the chargesheet should have been lodged at Pune.

The bench of Justices SS Shinde and NJ Jamadar, which passed the order, however, has directed that she be produced before the Mumbai special NIA court on December 8, and the conditions of her bail and date of release be then decided by the special court.

Sudha Bharadwaj is the first among 16 activists and academicians arrested in the case to have been granted default bail. Poet-activist Varavara Rao is currently out on medical bail. Jesuit priest Stan Swamy died in a private hospital in the city on July 5 this year, while waiting for medical bail.

The others are all in custody as undertrials.