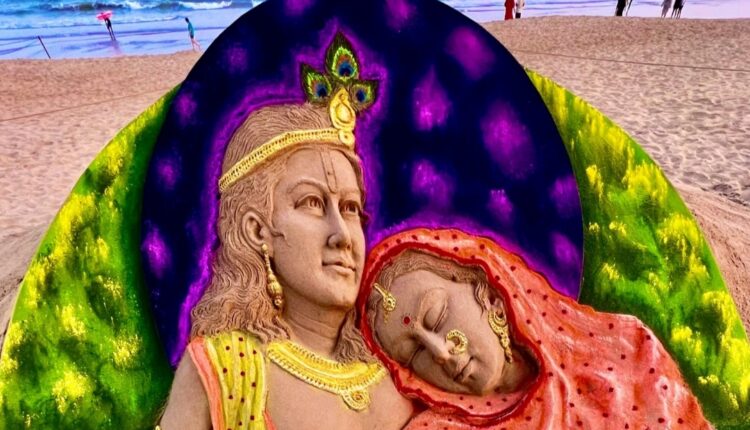 Bhubaneswar: Famous sand artist Sudarsan Pattnaik celebrates the festival of Holi by creating a masterpiece on the Puri beach in Odisha. The internationally-acclaimed artist took to Twitter to share his sand art and an important message with the netizens.

#HappyHoli
On the occasion of #Holi My SandArt at Puri beach in Odisha. #Radhekrishna 🙏 pic.twitter.com/yr4cjA4tmX

Holi, one of the most vibrant festivals of India, is finally here. This year Holi will be celebrated in Odisha on March 19 (Saturday). In different parts across the country, Holi was celebrated on Friday.

According to the tale, Lord Krishna was of a dark complexion, due to which, he used to frequently complain about it to his mother Yashoda.

China reports first Covid deaths in more than one year

US on Russian oil purchase amid Ukraine war