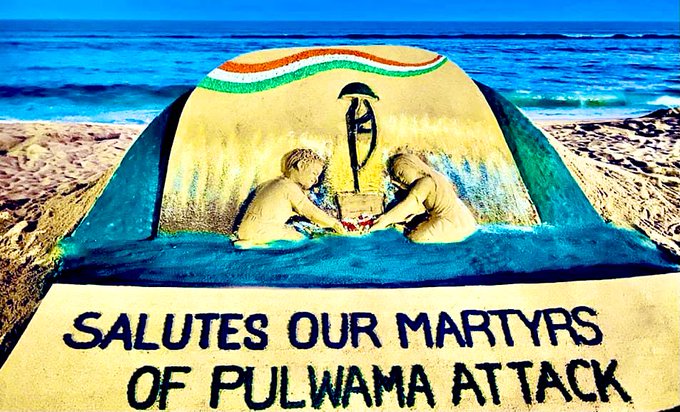 Pattnaik took to Twitter and posted a picture of his sand art.

The Pulwama attack had resulted in the deaths of 40 CRPF personnel and the attacker. The responsibility for the attack was claimed by the Pakistan-based terrorist group Jaish-e-Mohammed. The main conspirators of the module have been terminated by the Army since then.

Twelve days after the attack, the India Air Force (IAF) hit back and bombed the largest JeM terror base in Pakistan’s Balakot across the LoC with precision airstrikes. In retaliation, Pakistan attempted to enter the Indian airspace and engaged in a dogfight, which had led to Army’s pilot Wung Commander Abhinandan Varthaman capture. However, he was later released.