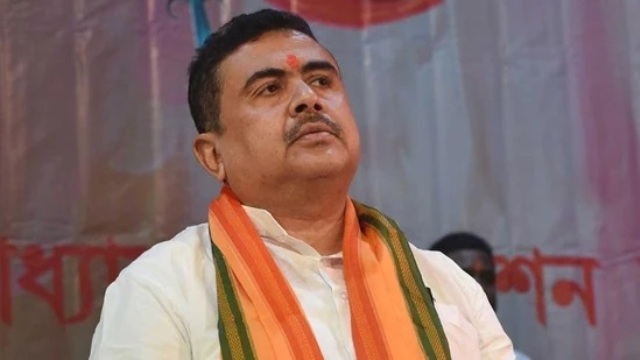 Kolkata: The Leader of Opposition in West Bengal, Subhendu Adhikari was seen with two TMC councillors of Suri municipality at a Kali temple here sparking off speculations.

The meeting took place at Bamni Kali Temple at Suri in Birbhum district on Saturday which Adhikari visited ahead of Kali Puja celebrations.

The two councillors – Ujjwal Chatterjee, who was the former chairman of Suri Municipality, and Kundan Dey were present at the temple when the senior BJP leader walked into the temple and they spoke to him.

Later, Adhikari posted a picture of the meeting in social media in which Chatterjee is seen speaking to him.

Adhikari, the Nandigram lawmaker is a former leader of the TMC. He had switched to BJP in 2020 before the state election and is a strident critic of the TMC government and its supremo Mamata Banerjee.

Diyas Used For Deepotsav In Ayodhya Made Of Cow Dung