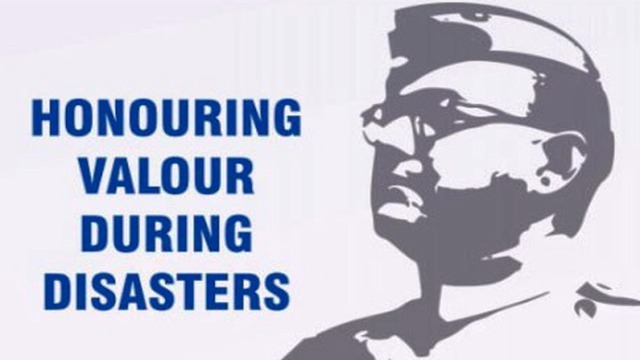 For the year 2021, (i) Sustainable Environment and Ecological Development Society (in the institutional category) and (ii) Dr Rajendra Kumar Bhandari (in the Individual category) have been selected for the Subhash Chandra Bose Aapda Prabandhan Puraskar for their excellent work in Disaster Management.

It may be recalled that for the year 2020, Disaster Mitigation & Management Centre, Uttarakhand (institution category) and Shri Kumar Munnan Singh (Individual category) were selected for this award.

Following is a summary of the outstanding work of the winners of 2021 Award in the field of Disaster Management:

(i) Sustainable Environment and Ecological Development Society (SEEDS) has done commendable work in building community resilience to disasters. It has been working towards disaster readiness, response, and rehabilitation, building local capacities and enabling risk reduction at the community level in different states of India. With a deep understanding of their contexts, local leaders have a unique ability to reach excluded communities who lack access or fall outside the gambit of large-scale programming. Local leaders often possess the capacity to innovate and have a strong understanding of local systems, politics, and culture. Recognising the importance of local leaders, SEEDS actively engages in their capacity building to reduce the vulnerabilities in their communities. SEEDS have worked on school safety in several States by enabling community leaders and teachers in identifying, assessing, and managing risks in their own local communities. They have also promoted citizen fora, comprising representatives of local resident welfare associations, market trader associations and local groups in the States, to serve as a bridge between district authorities and communities for joint implementation of programmes on public health and safety. In the aftermath of earthquakes in India (2001, 2005, 2015), SEEDS had mobilised a group of building masons who are adept in carrying out disaster-resistant construction. These masons have become ambassadors in local communities across several emergencies in multiple States. SEEDS has also been leveraging technology like AI-based modelling for early warning and feedback so as to significantly improve preparedness and decision-making ability of affected communities.

(ii) Dr Rajendra Kumar Bhandari is among the pioneers in India who laid the foundation of scientific studies on geohazards in general and landslides in particular. He established India’s first laboratory on landslide studies at CSIR-Central Building Research Institute (CBRI), and three other Centres. He also conducted studies on disasters in India, deployed latest technologies of Ground Penetrating Radar; Geotechnical Digital System; vibrating wire Piezometers; Laser Particle Analyser; Pile Drive Analyser and Acoustic Emission Technology for in-depth investigations, instrumentation, monitoring and risk analysis for Early Warning against Landslides. Pace-setting examples so created demonstrated an organic connection between scientific investigations and engineering interventions for disaster resilient human habitat and highways. His other contributions are the first global example of permanently fixing a major landslide by deep mountain drainage through directional drilling; the first globally accepted explanation of undrained loading triggered landslides; and the first Landslide Hazard Atlas of India, published by Building Materials and Technology Promotion Council (BMTPC). His advocacy for National Disaster Knowledge Network became part of the recommendations of the High Powered Committee in October 2001.  He led the Indian National Academy of Engineering (INAE) Forum to deliver a set of Actionable Recommendations on Landslide disaster mitigation. He has also written books for the popularisation of disaster education for students.