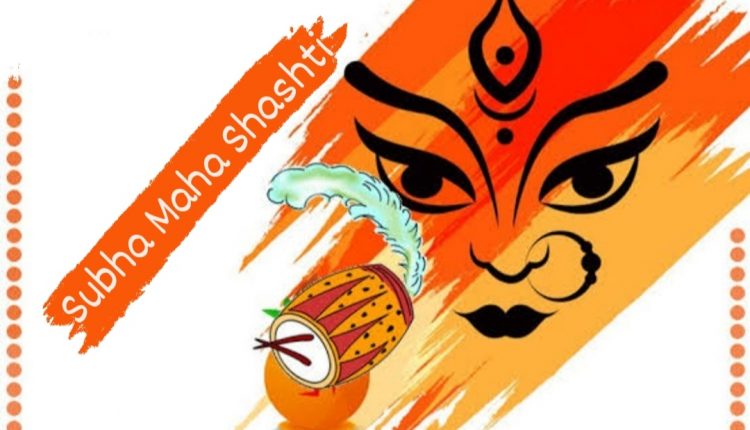 Cuttack: The sixth day of Navratri is celebrated as Maha Shashti or Subha Shashti in India and majorly celebrated in the eastern states including Odisha, West Bengal, Assam, and Tripura.

Subha Shasthi marks the beginning of Durga Puja which is celebrated with full gusto in Eastern India.

Lord Ram was a great worshipper of Goddess Durga and in order to relieve Devi Sita from Ravana, on the sixth day i.e. Maha Shashthi of Durga Puja when Devi Bodhon is conducted and the face of Devi Durga is unveiled, suggests the history of Maha Shasthi.

Devotees believe that Goddess Durga enters the mortal world on Maha Shashthi after she completes her journey in Kailash. It is said that she comes to earth to visit her father and arrives with her children Ganesha, Kartika, Laxmi, and Saraswati.

This day is often considered a custom for ladies to participate and set up the Durga Ghat before Durga arrives so that she feels welcomed to her father’s home.

Today, devotees unveil the face of Durga which has been covered for many days.

On this day, the four major rituals of the festival; Kalparamva (the starting of the Pujas), Badhan (consecration of the idol of goddess Durga), Amantran (inviting the goddess), and Adhibas (sanctifying the stay of the deity in the Puja area or pandals) are performed.

Russia frees US basketball star in swap with arms dealer…