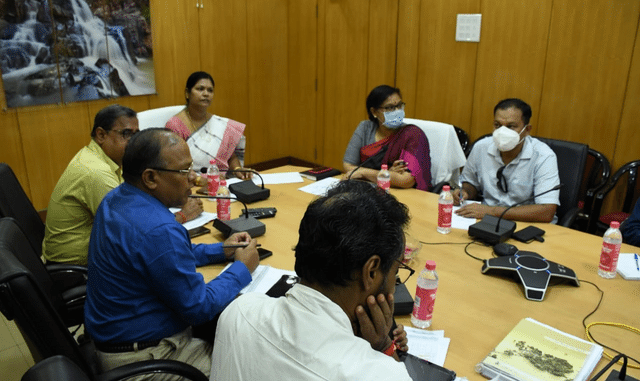 Bhubaneswar: The water level in the Subarnarekha river has been stable for the last 8 hours, but it is still flowing above the danger mark near Rajghat and Jamsolaghat, said Water Resources Minister Tukuni Sahu.

Minister Tukuni Sahu on Monday reviewed the situation of heavy floods triggered by low pressure-induced rains in North Odisha and said that the next 24 hours will be very crucial.

Following the meeting, the Minister told media persons that fear looms large over the large-scale floods in the Subarnarekha river system and people are in a state of panic. “The Subarnarekha is flowing above the danger mark even if the water level is stable for several hours,” she added.

The Minister said the water level of Subarnarekha is now 11.90 meters. It has been stable for the past 8 hours. Floodwaters have entered the low-lying areas of Baliapal, Basta, and Bhograi in Balasore.

While night patrolling is being carried out in all the vulnerable areas. An EIC is present at the spot and monitoring the situation, she further added.

“Adequate quantities of sand and stone chips have been kept in readiness to address embankment breaches. According to the instructions of the Chief Minister, every life is precious to us and we are emphasizing zero casualty policy,” said Minister Tukuni Sahu.