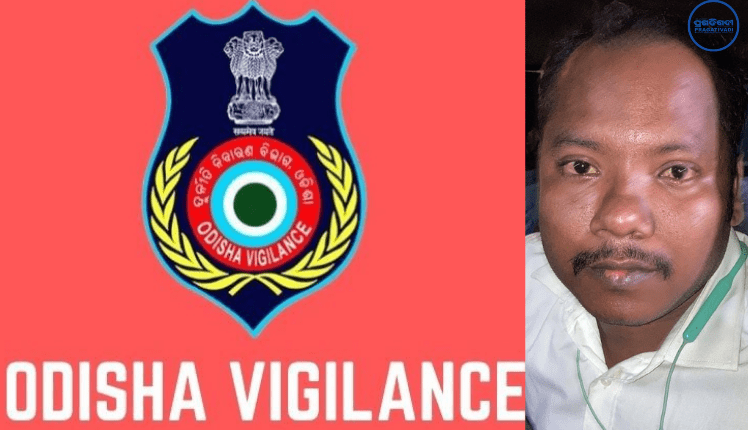 Cuttack: The Odisha Vigilance on Friday caught a Sub-Inspector of Bantala Police Station in Angul, Pramod Kumar Naik, while accepting a bribe of Rs 6000 from a person to release a seized motorcycle.

On the basis of a complaint, a trap was laid and the SI Pramod Naik was caught red-handed by a team of Odisha Vigilance while demanding and accepting bribe of Rs 6,000 from the complainant for release of motor cycle seized in a case registered earlier in Bantala Police Station.

The bribe money was recovered from the possession of accused SI Naik and seized in presence of witnesses. Both hands wash of the accused SI gave positive chemical reaction, confirming acceptance and handling of bribe money by him, the Vigilance said in a press note.

Following the trap, simultaneous searches have been launched on the residential Govt. quarter of SI Pramod Naik at Bantala and his house at native village Sidhartha Nagar, Berhampur.

SI Pramod Naik has been arrested and is being forwarded to the Court. In this connection, Cuttack Vigilance P.S. Case No.25 dated 12.11.2021 U/s 7 Prevention of Corruption (Amendment) Act, 2018 has been registered and is under investigation, the press note further read.