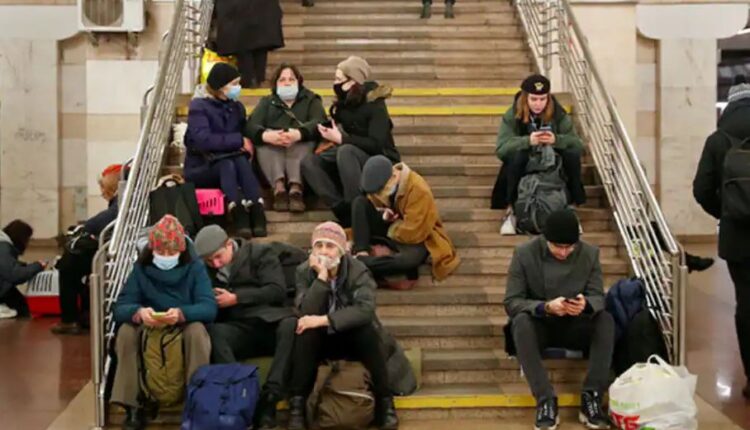 Varanasi: With thousands of Indians in Ukraine, waiting to return to their homes, the Congress on Sunday targeted Prime Minister Narendra Modi amid the election campaign in Uttar Pradesh’s Varanasi, his constituency. The Prime Minister is in Varanasi on Sunday for public meetings, including the one with the BJP workers.

Though PM Modi advised students to study in India and not smaller foreign nations, he skipped talking about the crisis faced by Ukraine.

Modi made no direct mention of the situation of Indian students in Ukraine. Reports have been coming thick and fast of students stuck in the attacked country, requesting attention and evacuation.

“Our children today are going to small countries for study, especially in medical education. Language is a problem there. They are still going…Can our private sector not enter this field in a big way? Can our state governments not frame good policies for land allotment regarding this,” he asked.

Taking to Twitter, Congress leader Randeep Surjewala said that the government was losing its focus amid the Ukraine crisis.

“In the midst of missile attacks and explosions, thousands of students – thirsty and hungry – are spending time with bated breaths in bunkers. But here campaigners are focusing on only elections. The hunger of power has robbed them of sensitivity. Why is the country helpless yet again?” the 54-year-old leader wrote in Hindi. He shared two news reports- the first talking about students from Madhya Pradesh stranded in Ukraine and the second about Prime Minister Narendra Modi’s visit to Uttar Pradesh amid the fifth phase of elections. On Saturday, the Congress spokesperson said that the Centre had no road map to deal with the escalating crisis.

Apart from Randeep Surjewala, Congress’s ex chief Rahul Gandhi also censured the Centre over the issue. Gandhi tweeted on Friday that the Modi government’s strategic mistakes will prove to be very costly. He also shared videos of Indian students taking refuge in bunkers in Ukraine.

This government’s strategic mistakes will prove to be very costly. pic.twitter.com/Lkz29QgyZx