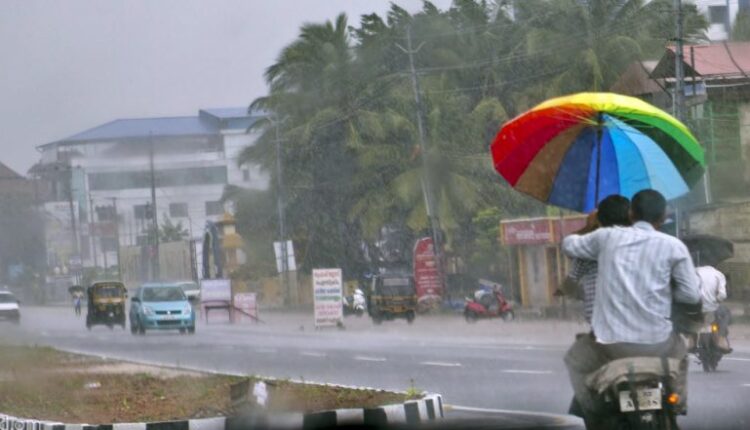 Strong Winds, Thundershowers Likely In Odisha Over Next 2 Days: IMD

Bhubaneswar: Odisha is likely to experience thundershowers and a strong surface wind in the next two days, said the India Meteorological Department’s (IMD) regional centre today.

It has also issued yellow warning for several parts of the State on March 28 and 29.

Meanwhile, the Special Relief Commissioner (SRC) has issued an advisory in view of the thunderstorm, lightning warning issued by the IMD. In a letter, the SRC has asked the collectors of six Odisha districts- Balasore, Bhadrak, Jajpur, Jagatsinghpur, Kendrapara and Mayurbhanj to take appropriate action in view of the IMD forecast.

According to the IMD’s latest bulletin, thunderstorm and lightning with gusty surface wind speed reaching 30-40 kmph likely at one or two places in Mayurbhanj, Balasore, Bhadrak, Jajpur and Kendrapada.

Light to moderate rain or thundershower is also likely at one or two places in Keonjhar, Mayurbhanj, Balasore, Bhadrak, Jajpur and Kendrapada, it added.

The Met office further said that the day temperature will remain 3-4 degree Celsius above normal at many places, including Bhubaneswar city, during the next 4-5 days.

On the other hand, seven places across the State recorded temperature above 38 degree Celsius. Bhubaneswar, Malkangiri and Baripada were the hottest at 40 degree Celsius.