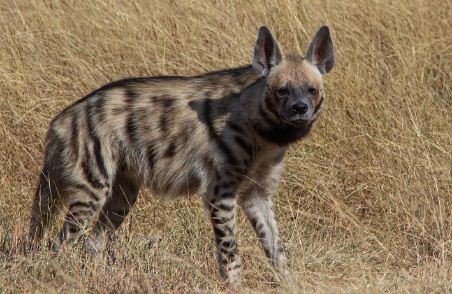 Malkangiri: An Indian striped hyena was rescued in critical condition at MV-13 village under Sadar block in Malkangiri district today.

As per sources, the animal was trying to cross the road when it was hit by an unidentified vehicle. Following this, the hyena sustained injuries and was unable to move into the forest.

Reportedly, the matter came to fore after some locals spotted the animal in a very miserable condition and informed the foresters about the same.

On intimation, the forest personal reached the spot and rescued the animal. Later, the injured hyena was sent to the Malkangiri veterinary hospital by the officials of the forest division.