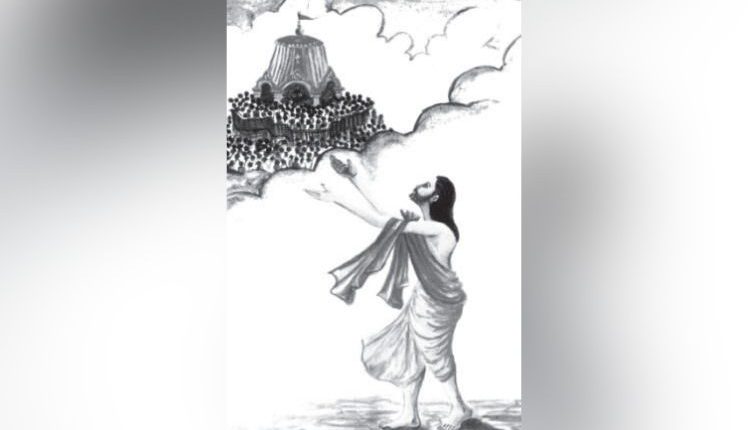 “Oh! The Lord of Blue Mountains;

Friends, Let us all see the Black God Jagannath on the blue mountains;

Your life is devoted to your devotees;

The Jagannath cult is believed to be thousands of years old and has evolved over the years. There have been several devotees, whose devotion became a part of the folklore associated with Lord Jagannath.

But a Muslim devotee of Jagannath, named Salabega occupies a permanent position among the devotional poets of Odisha who devoted his life for the Holy Trinity.

There are several folklores associated with Jagannath temple which throw light on Salabega’s deep devotion for the Lord. However, to ascertain his exact origins and identity, using the literary proofs that exist beyond his creations, it can be assumed that Salabega was born in the early 17th century.

The great devotee of Lord Jagannath Salabega was born in a Muslim family. His father Lalbega was a warrior in the Mughal army. It is alleged that his mother Fatima Biwi was a converted Muslim.

It is also alleged that she was a Hindu Brahmin widow, who was kidnapped by Lalbega while returning from Puri.

Like this, many devotional songs authored by Salabega in Odia are not just ordinary prayers. Salabega’s literary contributions also came at a time when the Bhakti movement in India had reached its pinnacle. They are an inseparable part of Jagannath culture and also form part of daily prayers and hymns of the people of Odisha.

Like Salabega, there are several stories of several devotees, including Dasia Bauri who belonged to a lower caste, and Dinakrishnadas who was a leprosy patient were not allowed inside the temple but approached Lord Jagannath through their poetry. But Salabega holds greater importance because his poems and writings became an integral part of the Jagannath tradition.

Rajdhani Like Coach Facility In Three Trains Originating From Odisha