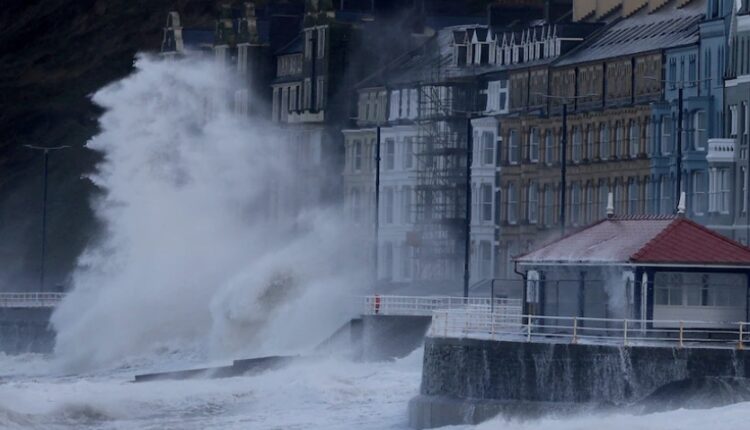 London: At least nine people were killed after the second major storm in a week smashed through the UK and northern Europe.

Storm Eunice, known as Storm Zeynep in Germany, killed at least three people in the UK.

Similarly, in Netherlands, firefighters said three people were killed by falling trees in and around Amsterdam, and a fourth died in the northern province of Groningen after driving his car into a fallen tree.

In neighbouring Belgium, a 79-year-old man died after being pushed from his boat by strong winds.

In County Wexford, Ireland, a local government worker was killed as he responded to the scene of a fallen tree, the local council said.

Storm Eunice, which brewed in the central Atlantic and was spun up from the Azores towards Europe by the jet stream, posed a danger to life, Britain’s Meteorological Office said.

On the other hand, around 10,000 homes remained without power across the UK and the transport network was severely impacted.

London’s O2 arena was shut after parts of its roof were ripped off in high winds as the storm struck.