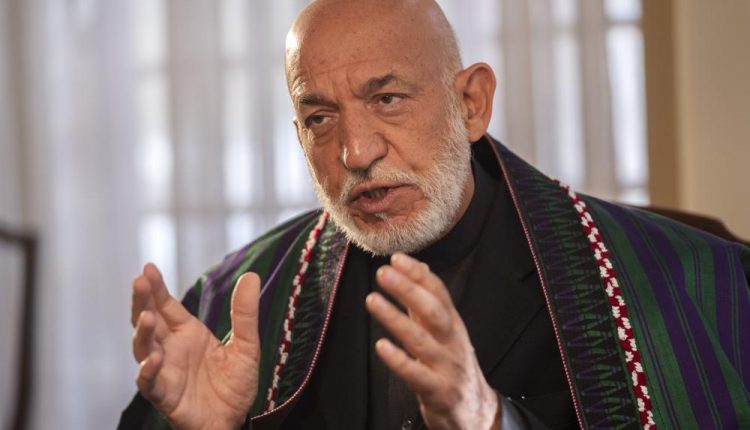 Karzai asked Khan to refrain from propaganda and to stop speaking on behalf of the Afghans.

In a series of tweets, the former president of the war-torn country said, “Pakistan’s threat from Afghanistan is a clear propaganda in fact, the issue is quite the opposite and the ISIS threat is directed from Pakistan to Afghanistan.” 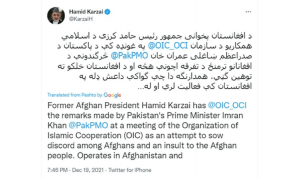 In response to Imran Khan’s address at the OIC, the former president advised Pakistan to refrain from propaganda against Afghanistan and called it “our internal affairs”.

On Sunday, Khan in his address at the 17th extraordinary session of the Council of Foreign Ministers of Organisation of Islamic Cooperation (OIC), warned that Afghanistan could potentially become the “biggest man-made crisis” if the world failed to act in a timely manner.