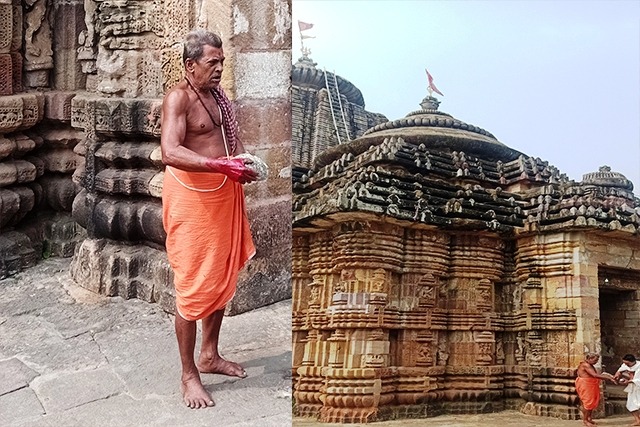 Balipatna: A large chunk of stone has detached from the ancient Buddhanath temple at Garedipanchana under Balipatna block on the outskirts of Bhubaneswar City causing fear among the devotees.

Priest Chandra Sekhar Panda has said although no one was hurt in the incident, this has raised serious concern about the longevity of the 12th-century relic built by Chodaganga Dev.

Panda said the stone was detached from the façade of the temple while a monkey jumped over it. He said although the ASI and other agencies have taken up renovation work of the ancient temple, detachment of stone from it has raised questions on the quality of work.