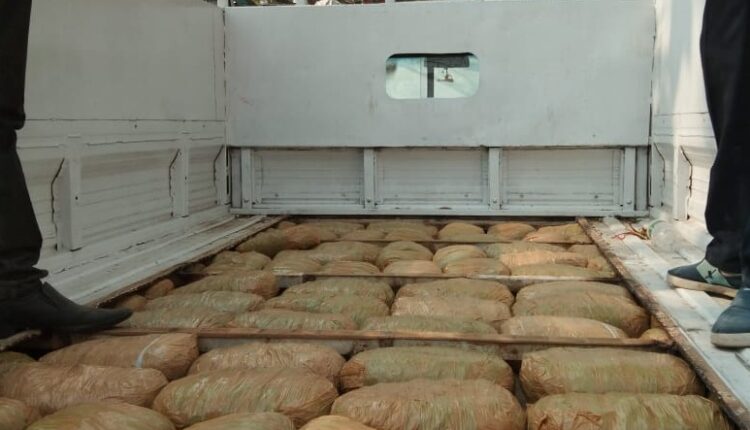 Bhubaneswar: Intensifying its investigation into the case of an alleged ganja trader, the Special Task Force (STF) ascertained that the accused, Anil Kumar Pandi had acquired property worth Rs 2 crore through this work.

Pandi is a native of Brundaban Pandi in Chhachina village under Kodala police limits in the Ganjam district.

“The Competent Authority and Administrator of NDPS Act, Kolkata, which is a quasi-judicial authority under NDPS Act has been requested for forfeiture of the illegally acquired property. In this case, on August 13, 2021, contraband Ganja around 1 tonne, a truck and other incriminating materials were seized,” the STF stated in a press note.

“Seized properties include one palatial three-storied building having luxurious facilities including a swimming pool and 33 plots and Bank deposits etc. while the building has been evaluated by PWD R&B to be of worth around Rs 1.5 Crore, valuation of other properties is in process. It is also suspected that he might be having such properties in Gujarat and Maharashtra too. Odisha Police is in touch with Gujarat police in this regard.”

A detailed proposal for confirmation of seizure/forfeiture of the properties earned out of contraband drugs business was sent to the office of Competent Authority, Kolkota as per provision of Section 68 (F) of the NDPS Act, 1985.

Pandi is one of the most wanted drug traffickers having multiple cases in Gujarat and Odisha. Earlier his brother Sunil Pandi was arrested by Gujarat police. Anil Pandi is absconding to evading arrest. Court has issued a Non Bailable Warrant against him. The STF has already declared reward as the accused has been absconding since a long, the STF added.