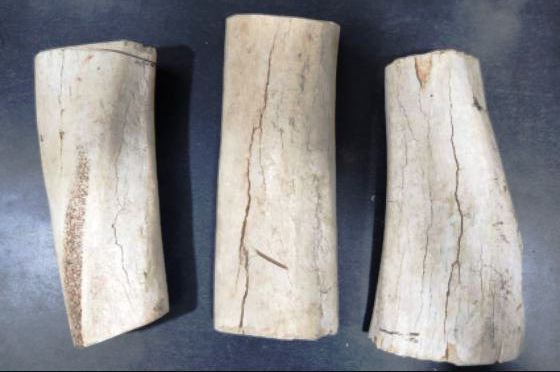 Bhubaneswar: The Special Task Force (STF) of the Crime Branch today seized three elephant tusks weighing 10 kilograms in a raid near Jubaranisitapur under Subalaya police limits in the Subarnapur district.

STF arrested one person in this connection, identified as Ranjan Mahakud.

On the basis of reliable information, the STF team conducted a raid when the accused was trying to strike a deal and seized the tusks.

The accused could not produce any valid authority in support of the possession of the tusks for which they have been arrested and will be forwarded to the court said an official.

A strong and vibrant democracy cannot survive without a free and fearless Press: Vice President