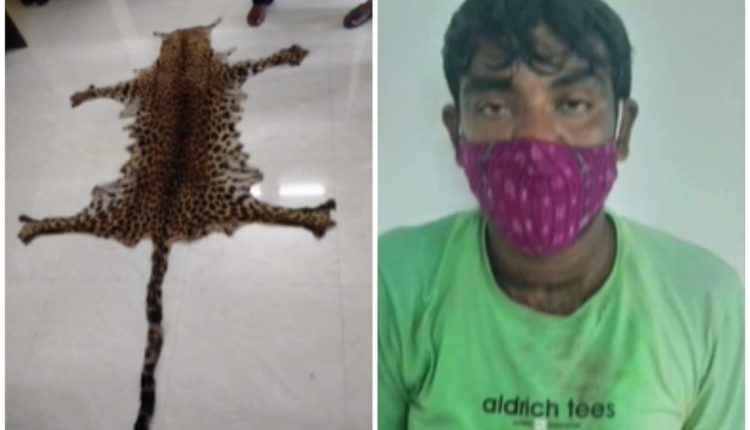 Boudh: A joint team of Crime Branch STF and Kantamal Forest Division officials have seized a leopard skin in Boudh district and arrested a wildlife smuggler in this connection.

The arrestee has been identified as Shachitan Naik from the Purughat village of the Baliguda area.

Acting on reliable inputs, the officials conducted a raid at Landa village under Kantamal forest range and arrested the wildlife smuggler while striking a deal.

Reportedly a wildlife smuggler has been detained while striking a deal with a prospective buyer. Further investigation into the incident is underway.