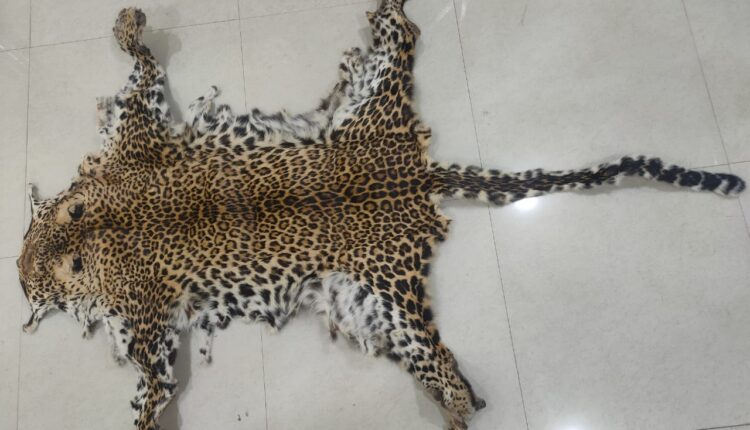 Bhubaneswar: The Special Task Force of Odisha Crime Branch arrested a wildlife smuggler and seized leopard skin from his possession.

On the basis of reliable information, the STF team conducted a raid near Bandhanjhulli under Manamunda Police Station against Wildlife criminals, as a result of which one accused, identified as Mahendra Bhaina of Badalguda was apprehended.

One Leopard skin and other incriminating materials were seized from his possession.

The accused person could not produce any valid authority in support of the possession of such leopard skin, for which he has been arrested. Reportedly, STF PS Case No.17 dated 28.04.2021 U/s. 379/411/120(B) IPC r/w. 51 of Wild Life (Protection) Act, 1972 was registered in this connection. The seized leopard skin will be sent to Wild Life Institute of India, Deharadun for chemical examination.