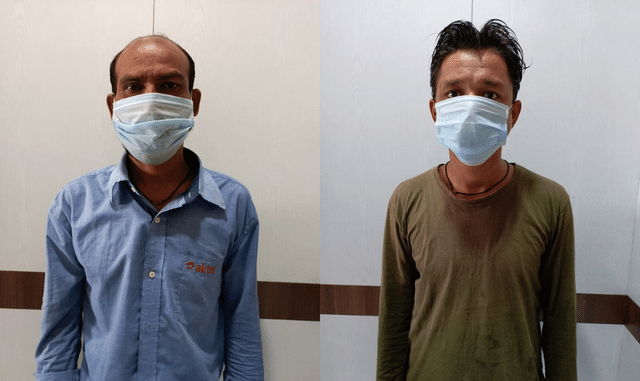 Bhubaneswar: The Special Task Force (STF) of Odisha Crime Branch on Wednesday seized 806 kgs of cannabis from a truck at Pitapali chhak in Khurda and apprehended two persons on the charge of smuggling the contraband.

The arrested smugglers have been identified as Ganesh Shah of Kirtinagar in Delhi and Anil Kumar of Bijnaur in Uttar Pradesh. The STF has registered a case (15/2022) in this regard.

According to reports, the accused duo was produced before a local court here and sent to judicial custody.

Sources said, the duo was smuggling the ganja consignment in a truck from Vishakhapatnam to Delhi. However, on intimation, the cops intercepted the vehicle on NH-16 at Pitapali chhak and seized the cannabis while arresting the driver and the helper.