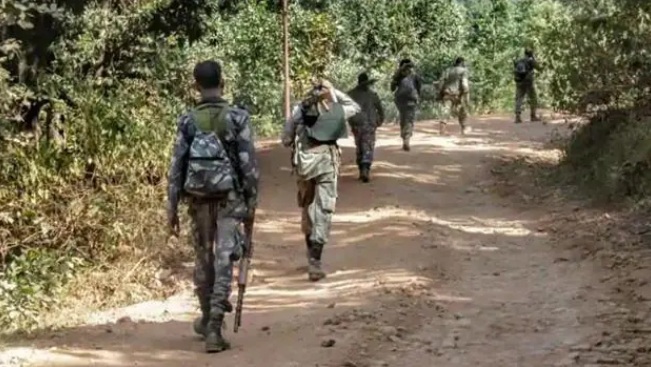 STF Jawan Injured In Gunfight With Naxals In Chhattisgarh

Gariaband: A jawan of Special Task Force (STF) was injured in a gun-battle between Naxals and security personnel at a forest in Chhattisgarh’s Gariaband district on Sunday.

According to reports, the STF was out on an anti-Maoist operation when the encounter broke out early morning in Devdongar forest area under Mainpur police station limits.

After a brief exchange of fire, the rebels fled into the dense forest towards Odisha, he said.

Following the incident, an STF jawan, identified as Yuvraj Sagar, suffered a bullet injury in his abdomen. He was rushed to a local hospital from where he was referred to Raipur for further treatment, said sources.